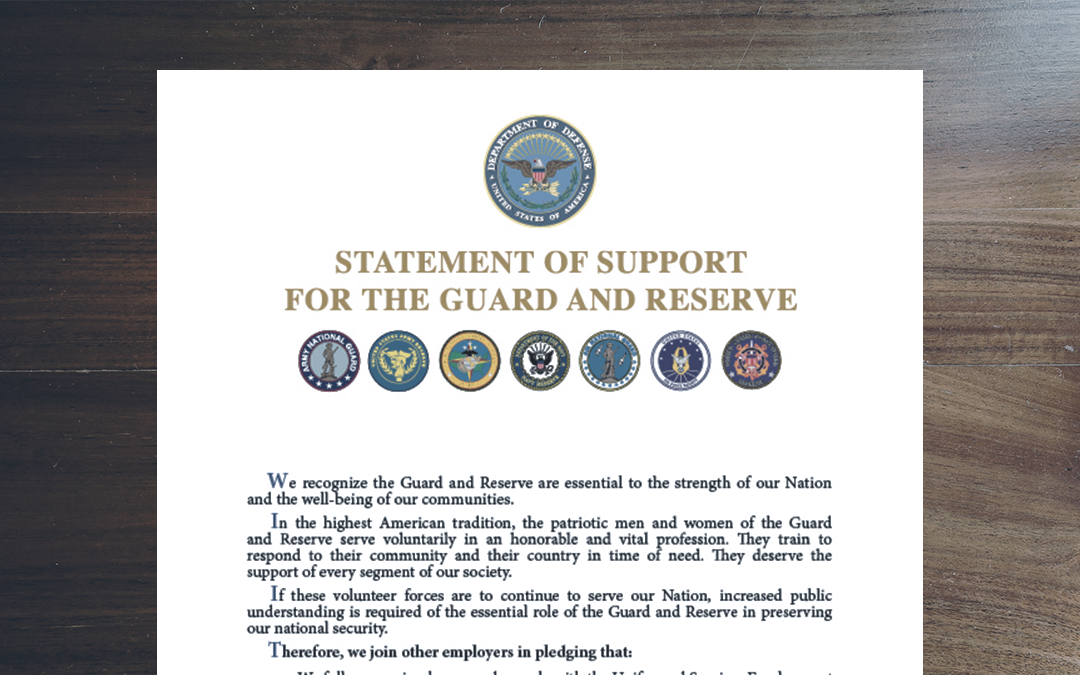 Emprise Corporation would like to Congratulate Ryan Blanton on receiving the ESGR Patriot Award on Friday, December 10, 2021!

Being a Veteran owned and operated company, Emprise Corporation is proud to employ many current and former members of the military. One of them is Navy Reserve Lieutenant Ryan Nugent, who recently submitted Ryan Blanton, Ashore Team Lead, for the ESGR Patriot Award for his outstanding support of Nugent in his roles not only as a reservist but also as a father.

The ESGR Patriot Award is given to supervisors who support guardsmen and reservists through a wide range of measures including providing flexible schedules, approving time off before and after deployment, caring for families, and granting leaves of absence if necessary.

During Emprise’s 2021 All Hands Conference, hosted at the Chesapeake Office, Virginia ESGR Tidewater Area Chair Walter Goodwyn presented Blanton with his award certificate as well as a lapel pin, featuring the American flag and the ESGR insignia.

Also, during the ceremony, Emprise President, Jim Diaz signed an ESGR Statement of Support, in which Emprise Corporation pledged the following:

The ESGR website states that the program is designed to increase employer support by encouraging employers to act as advocates for employee participation in the military and that supportive employers are critical to maintaining the strength and readiness of the Nation’s Guard and Reserve units.

Emprise Corporation looks forward to working with ESGR in the future and continuing the ongoing support of the nation’s men and women of the armed forces.